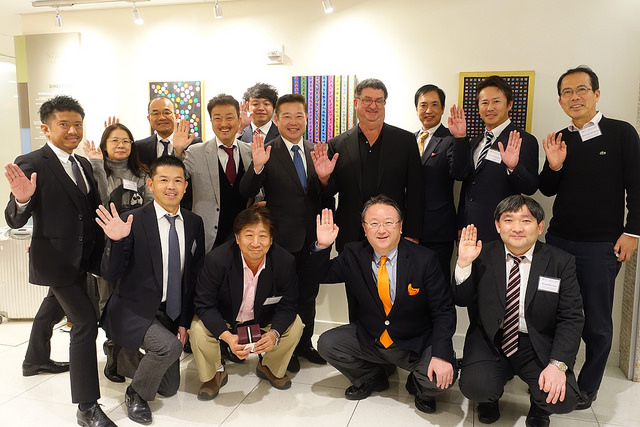 13:15-16:00 - Dr. Daniel Budasoff - IMPLANTS Creating a Prosthetic Illusion - New Materials and Techniques Do the Principles We Were Taught Still Apply?

Dr. Frank Tuminelli - Are We Experiencing a Paradigm Shift: How Many Implants Do We Really Need?;

Dr. Ole T. Jensen - Maxillary All-on-4: The Threshold for Going to a Zygomatic Implant or Sinus Grafting for a Delayed Loading Protocol;

Dennis P. Tarnow, DDS is a Clinical Professor of Periodontology and Director of Implant Education at Columbia University College of Dental Medicine. He is the former Professor and Chairman of the Department of Periodontology and Implant Dentistry at New York University College of Dentistry. Dr. Tarnow has a certificate in Periodontics and Prosthodontics and is a Diplomat of the American Board of Periodontology. He is a recipient of the Master Clinician Award from the American Academy of Periodontology, Teacher of the Year Award from New York University and Distinguished Lecturer Award from the American College of Prosthodontists in 2015. Dr. Tarnow has a private practice in New York City, and has been honored with a wing named after him at New York University College of Dentistry. He has published over two hundred articles on perio-prosthodontics and implant dentistry and has coauthored three textbooks including one titled Aesthetic Restorative Dentistry. Dr. Tarnow has lectured extensively in the United States and internationally in over forty five countries.

Dr. Joseph Carpentieri is an Assistant Clinical Professor at Columbia University College of Dental Medicine in the Department of Prosthodontics/Implant Surgical Fellowship. He graduated Magna Cum Laude from the University of Maryland/Baltimore College of Dental Surgery in 1985. He received his Prosthodontic Specialty Certificate from Albert Einstein College of Medicine/Montefiore Medical Center in 1997. Subsequently, he completed a four year Fellowship in the Department of Periodontology and Implant Dentistry at New York University College of Dentistry. He lectures nationally and internationally on all phases of implant prosthetics and surgery, immediate implant restorations, aesthetics and new dental technologies at major symposiums. He is a consultant and mentor to the ZimmerBiomet implant company and has authored an implant text book on implant treatment, as well as contributing to a second text book. Other efforts include numerous other peer-reviewed publications. Dr. Carpentieri's training is unique as it employs dual specialty training in both prosthetics and implant surgery. He maintains a private practice in White Plains, NY.

Dr. John Cavallaro is a clinical professor, part-time, at the Columbia University College of Dental Medicine in New York City where he teaches post-doctoral residents the surgical and prosthetic aspects of Implant Dentistry as well as Implant Literature Review. Formerly, he taught these disciplines at NYU College of Dentistry for 25 years. He is a member of the American College of Prosthodontists and the Academy of Osseointegration and has published 40 peer-reviewed articles addressing various aspects of Implant Dentistry. Dr. Cavallaro maintains a full-time private practice of Surgical Implant Dentistry and Prosthodontics in Brooklyn, New York.

Gary Kaye, DDS, FAGD, founder of the New York Center for Digital Dentistry, has practiced comprehensive dentistry in New York City since 1993. He graduated from Columbia University of Dental Medicine in 1993, where he received awards in endodontics, prosthodontics, and geriatric dentistry. Dr. Kaye is also a graduate of the prestigious Dawson Center for Advanced Dental Training. He was one of the first general dentists in the United States to become certified in InvisalignÂ® and has attained both basic and advanced certification. An experienced E4D dentist, he has performed leading-edge, computer-assisted restorations technology in his office since 2002. In 2006, he received the Fellowship award from the Academy of General Dentistry. Born in Randfontein, South Africa, he is a passionate supporter of the Open Wide Foundation, whose mission is to change the state of oral health in impoverished communities and build new clinics in conjunction with local government support and investment.

K.C. Chan, DMD, MS, FRCD(C) is the Director of Oral and Maxillofacial Radiology; Associate Professor of Dental Medicine (in Oral & Maxillofacial Pathology and Radiology) at the College of Dental Medicine, Columbia University Irving Medical Center. Dr. Chan is a board-certified oral and maxillofacial pathologist and radiologist in the United States and Canada, and has practiced diagnostic imaging since 2012. She has presented at the Greater New York Dental Meeting and is an ad hoc reviewer of multiple peer-reviewed journals. In 2016, Dr. Chan was awarded the Wuehrmann prize for best journal article published in the radiology section of Oral Surgery Oral Pathology Oral Medicine and Oral Radiology. Since June 2018, Dr. Chan has been serving as Chief Examiner in Oral and Maxillofacial Radiology for the Royal College of Dentists of Canada. Known for her experience in radiologic-pathologic correlation, Dr. Chan's consultation service in diagnostic imaging is well-respected by oral pathology biopsy services in New York City. Dr. Chan also offers radiologic interpretation for the private practice community at ColumbiaDoctors.