If you have elected to attend this workshop via web conference, log-in as a guest atÂ Livestream CTE Workshop.Â Access the link at least 24-hours prior to the workshop to be sure that you can successfully log in.

If you have never attended an Adobe Connect meeting before:

With this vicious political divides in the U.S., it is tempting to avoid divisive topics in the classroom. But such issues are extremely relevant to our students, and to understanding the modern world. This workshop will study techniques and strategies to address controversial topics in our courses, while at the same time maintaining an atmosphere of civility and open expression of ideas. 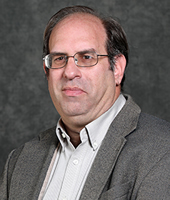 Eric P. Robinson is an attorney and scholar focused on legal issues involving the media. He has been teaching media law and ethics at the university since 2016, and is also “of counsel” to Fenno Law, which focuses on media and internet law. He was previously co-director of the Press Law and Democracy Project at Louisiana State University; deputy director of the National Center for Courts and Media at the University of Nevada, Reno; an affiliate scholar with the Digital Media Law Project at Harvard Law School’s Berkman Center for Internet and Society; a staff attorney at the Media Law Resource Center; and a legal fellow at the Reporters Committee for Freedom of the Press.