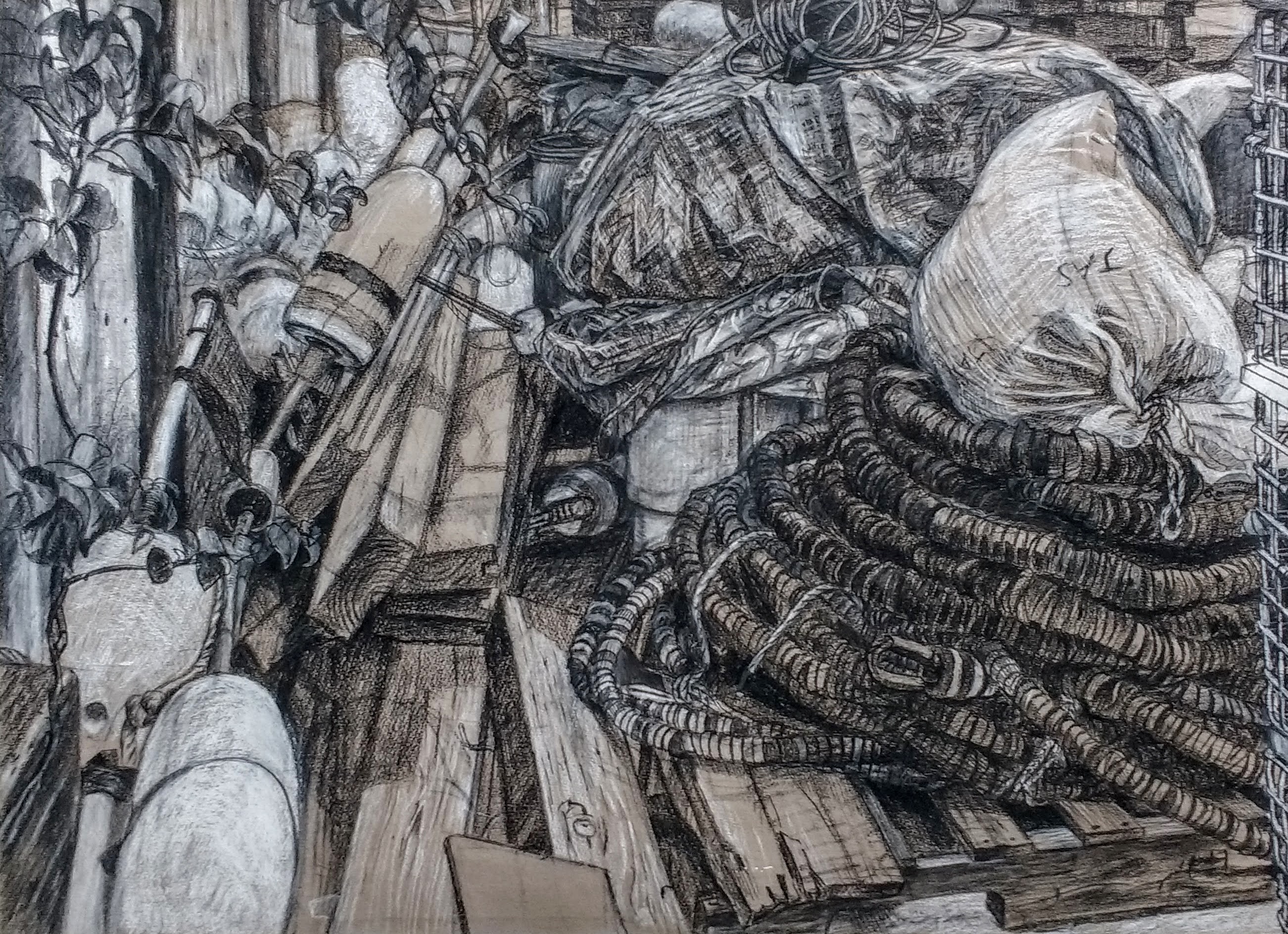 This course will focus on the use of line as a tool for observation, accuracy, and representation. Using a variety of drawing materials, we will start with some fundamental drawing exercises that will be applied to a fully realized drawing with composition, accuracy, and shading. In between classes students will be given homework to build facility and expressive range. During online meetings the instructor will focus on the demonstration of concepts and materials as well as group and individual critiques of work. Video demonstrations will be available for students to review outside of class time. The instructor will also be available for feedback between classes. This class is for beginners. No experience is necessary.

Jeffrey Marshall is a Gloucester based artist with a studio on the Morse-Sibley Wharf in East Gloucester, where he documents the endangered fishing industry of the city. He has a BFA from Cornell University and an MFA in painting and printmaking from the Massachusetts College of Art. He is a lifelong educator, most recently Associate Professor of Art Foundation at Mount Ida College. He currently teaches at Endicott College in the School of Visual and Performing Arts, as well as the Montserrat College of Art. His teaching career started with Teach for America in New Orleans where he taught elementary school. His New Orleans Drawing Project, a ten- year initiative to document the post-Katrina recovery of the city, was featured in The New York Times, Art New England, and Artscope Magazine. This work was exhibited at Endicott College, the College of the Holy Cross, and the Aspen Museum of Art among other venues. His recent body of work, Goneâ¦Fishing, was exhibited at the Cape Ann Museum in the fall of 2018, and thereafter at the Jane Deering Gallery from December to January. This exhibition was featured in the November/ December issue of Art New England, and was chosen as a critic's pick by The Boston Globe. His work is done on-site from observation, and for the last three years has focused on the working waterfront of Gloucester.