Tuition: $325 non-credit only; 10% discount available for alumni, seniors, and educators
The registration period has closed for this event. 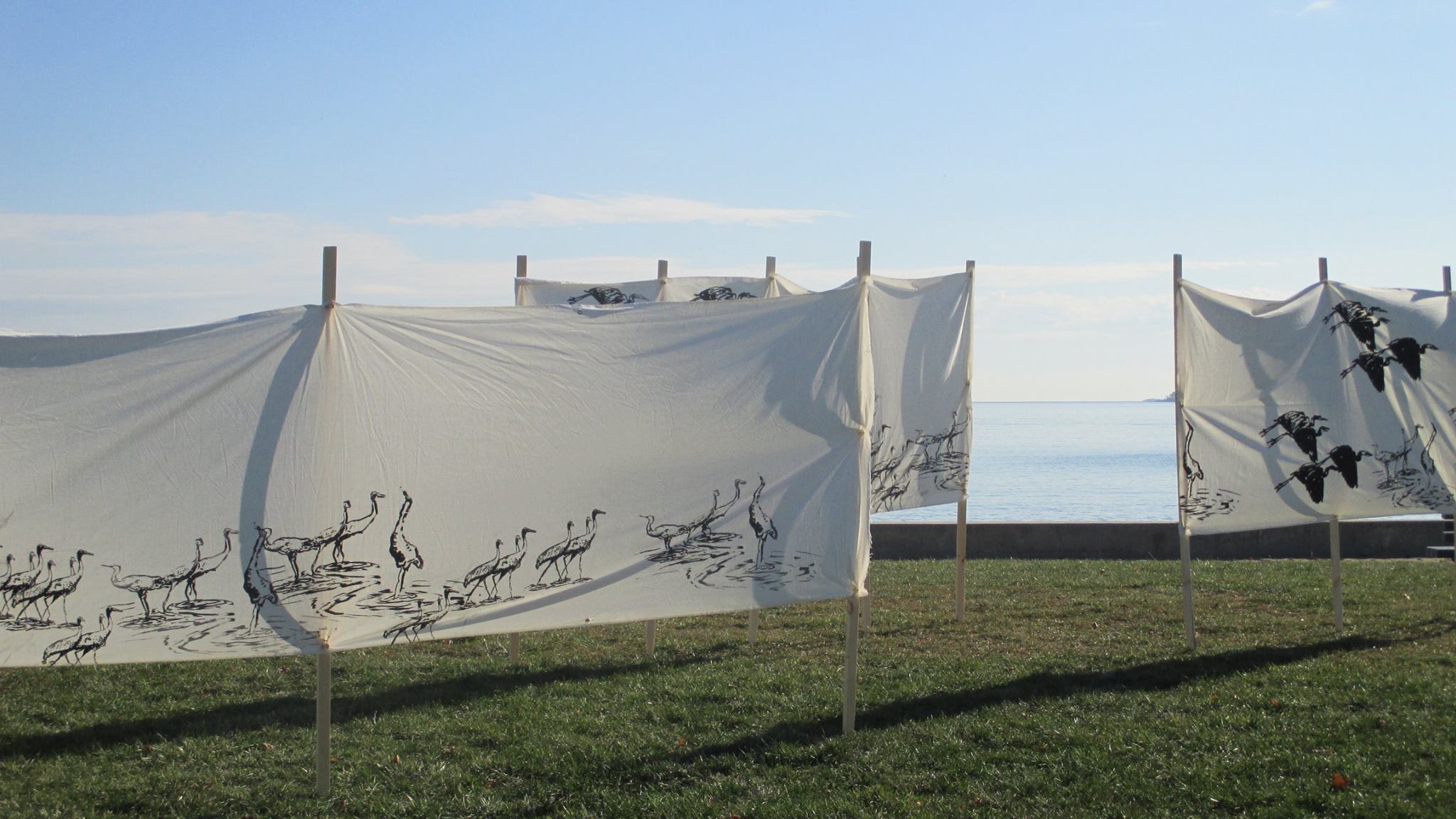 An introduction to screenprinting methods of printmaking using primarily water-based processes and including direct, hand-cut, digital, and photographic stencils. Assignments cover design drawing, color, and printing technique. Over the course of eight weeks students will produce a finished set of three prints 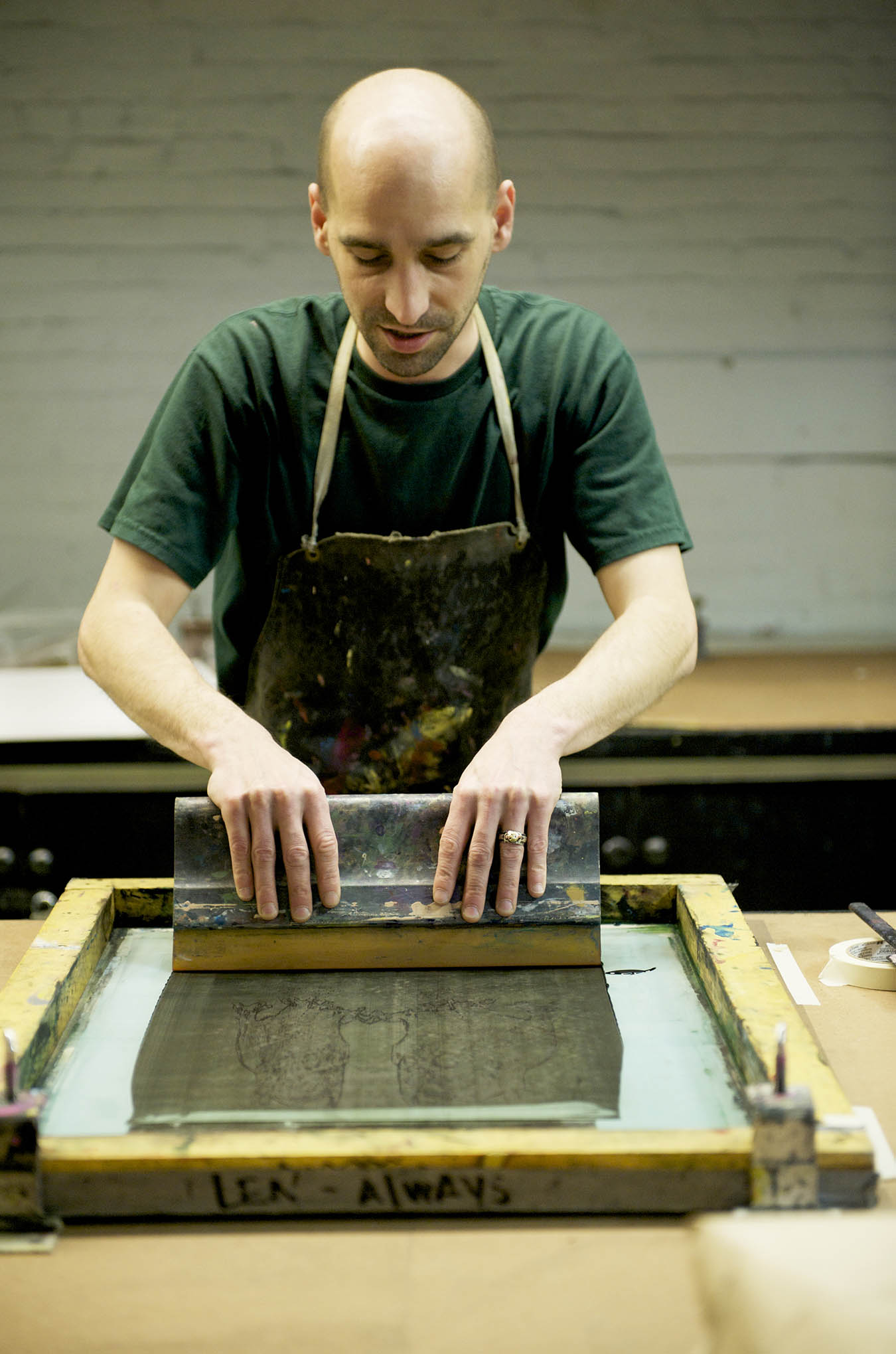 Len Thomas-Vickory was born and raised in Cleveland, Ohio, in 1969. As the son of blue collar parents, these values would later go on to be a part of his ethics in his choice of printmaking as a viable manner of art making. Len would go on to graduate from Montserrat College of Art in 1995 with a B.F.A. and a M.F.A. from the School of the Museum of Fine Arts, Boston.

Initially a painter in trade and training, Len would abandon painting in exchange for his preference in printmaking. Seeing that printmaking could provide a social influence in addressing his images and ideas to the public more effectively he moved decidedly to printmaking in 2003. During that year Velvet Pelican Projects was initiated. Velvet Pelican Projects would spend the nest 4 years producing silkscreened booklets that would address the public in large run hand editioned silkscreens. These booklets covered topics from third party candidacy to the value of particular education levels.

Since 2011 Len Thomas-Vickory works on both public art projects and displaying works in various exhibitions between the left and the right coasts. In 2008 Len began annual trips to Japan that would influence his prints for many years to come. In particular the ideas of Zen philosophy, temples and the Japanese landscape. The notions of being in the here and now and moments of repast have become central to the art work.